Part two of our honeymoon had us setting off for Serengeti National Park a few hundred miles further inland. Our choices were to either drive approximately 8 hours - effectively loosing a day of our vacation - or fly for 90 minutes. What I didn’t realize was that “flying” meant bush planes who’s model number included the word “model” - which makes me think of those toy store kits you glue together and paint in your basement. 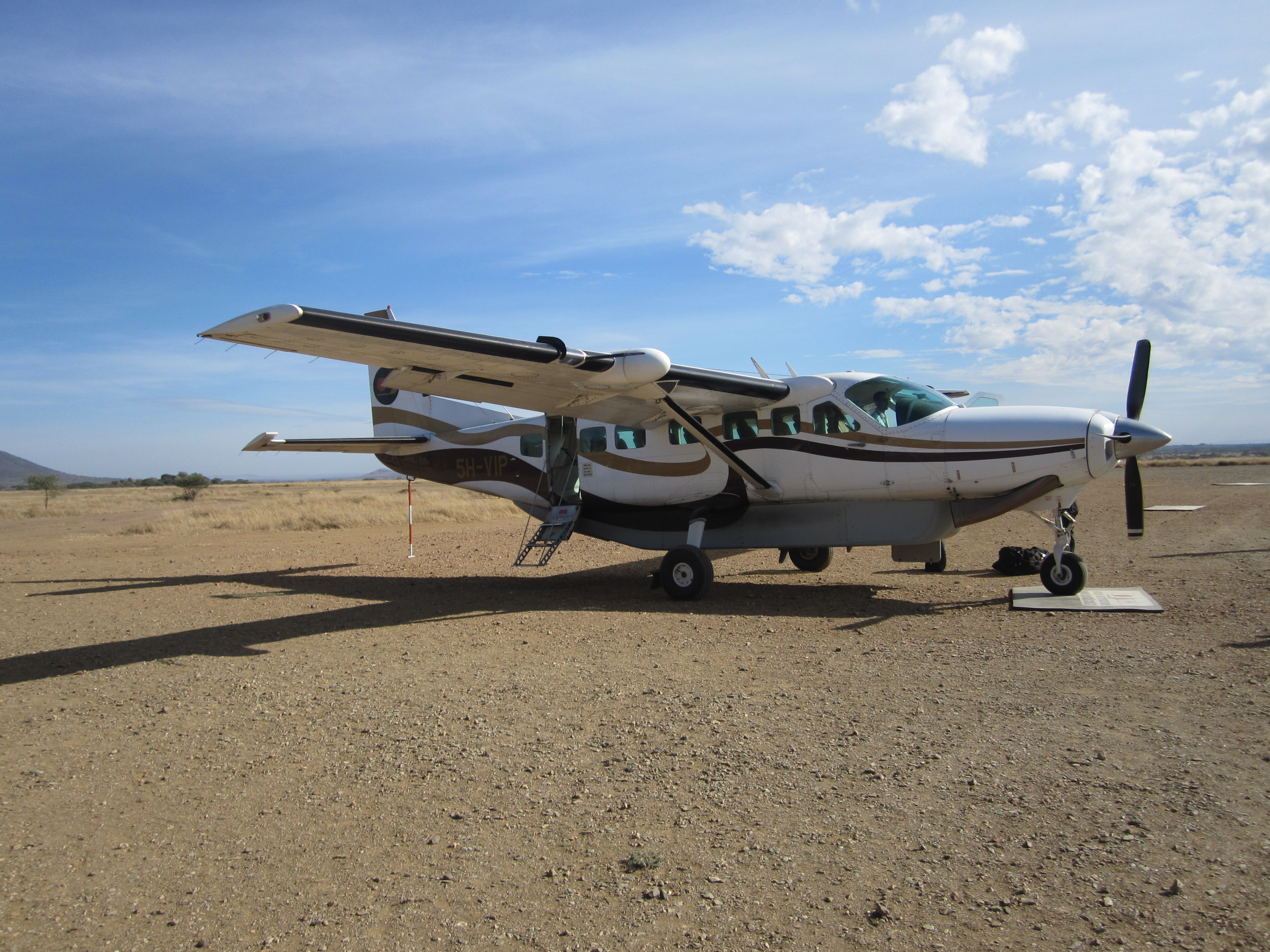 I knew I was in for an interesting experience when one of the passengers was instructed to get into the copilot’s chair. 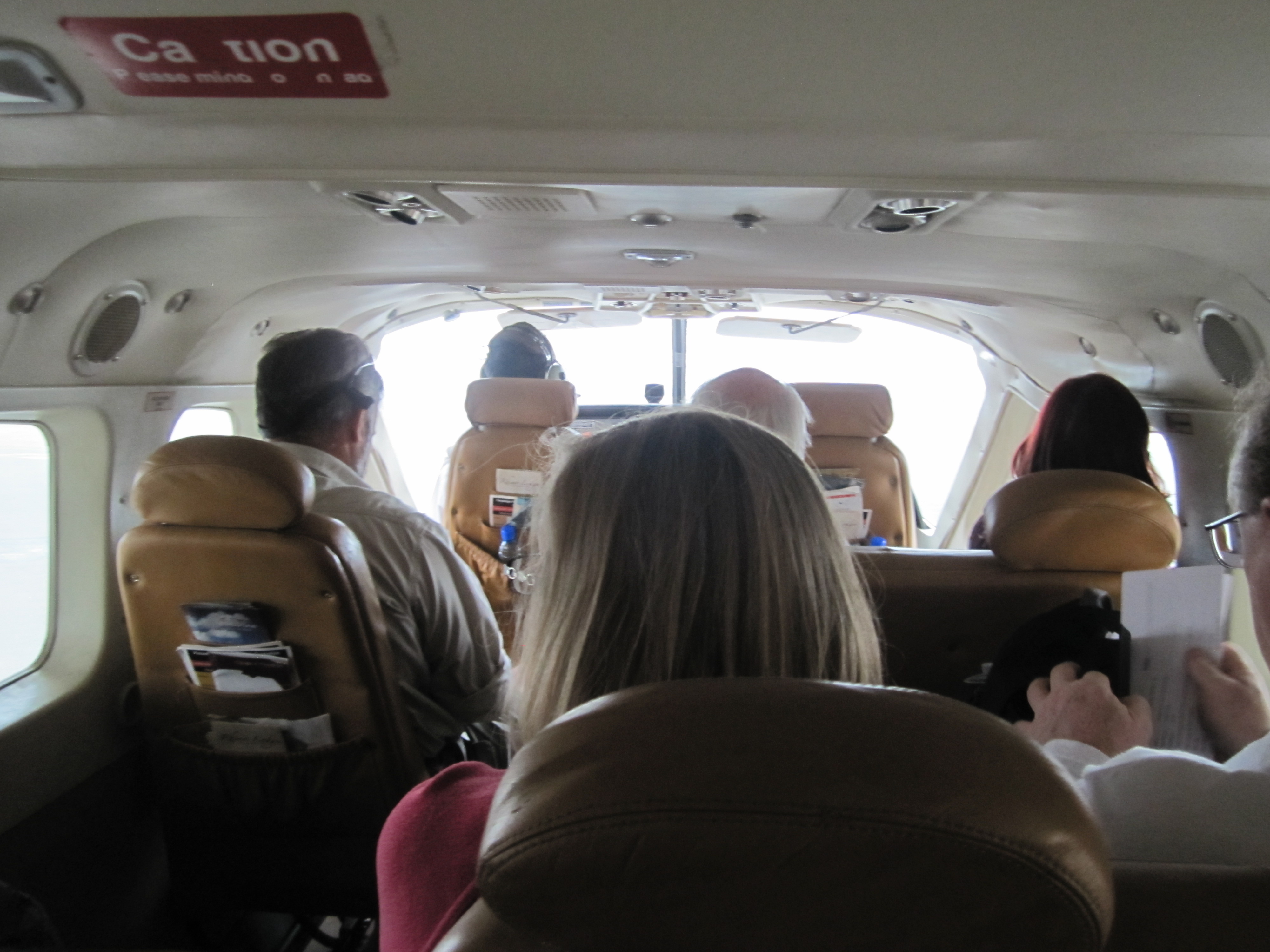 Last thing about the flights, promise. Our journey included an “aircraft carrier-esque” take off over a cliff at one of the refueling points. In the photo below, you can see the dirt runway end at the cliff. 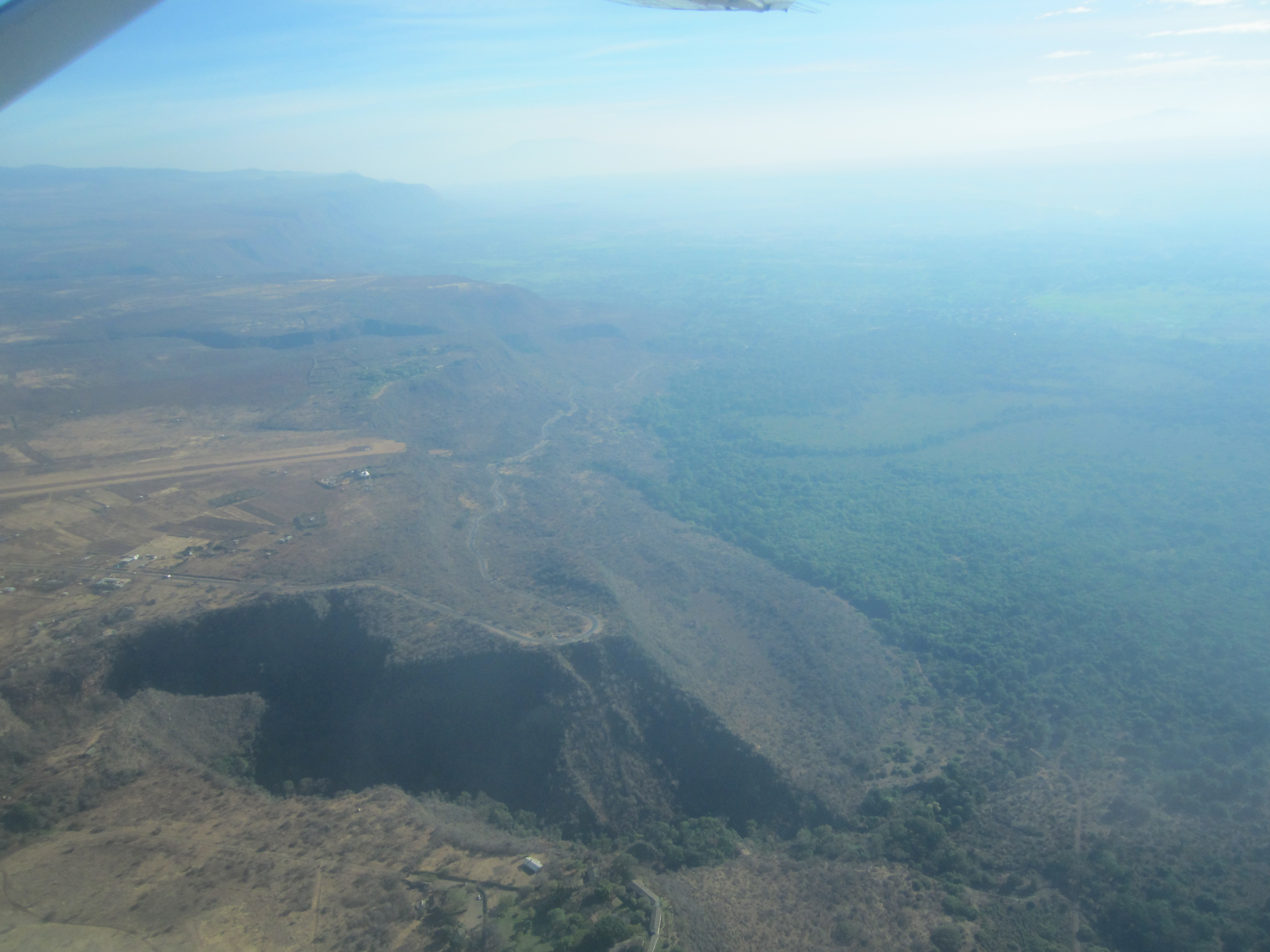 Once we landed at Kogatende airstrip, we found our safari guide, Jonas, and his pop-top Land Rover Defender (which I have decided is my next car). 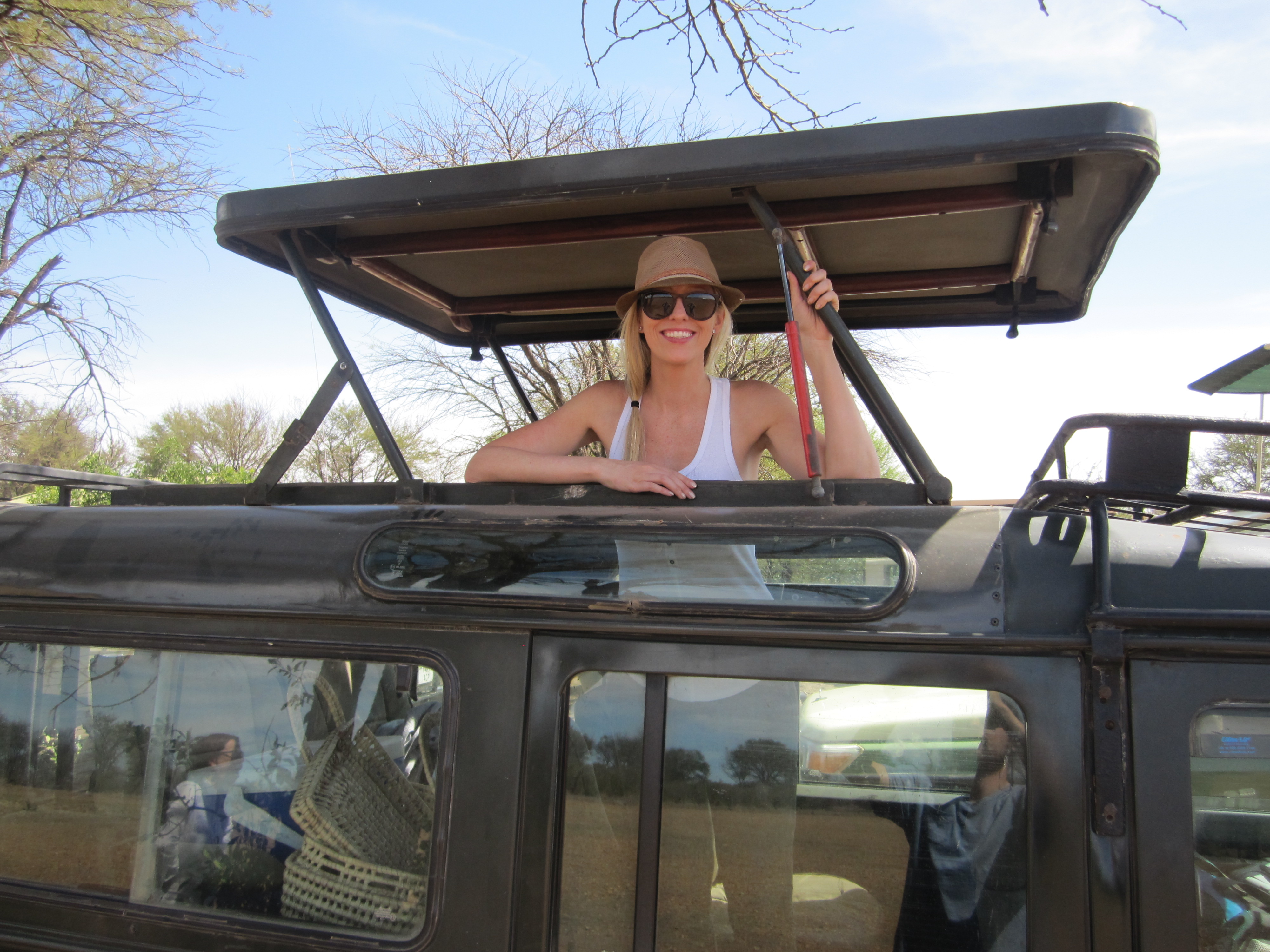 The whole reason we came to the Serengeti was to watch the wildebeest crossings - you know, the kind that they show on the Discovery channel where hundreds of wildebeest attempt to cross a river only to get ambushed by crocodiles. Jonas spent the better part of the first 30 minutes of our game drive to the resort prepping us for the worst. There were no (big) crossings in the days leading to our arrival despite it being prime season.

Within two hours of setting off from the airstrip on a game drive on the way to the resort, we were treated to 3 major wildebeest river crossings. 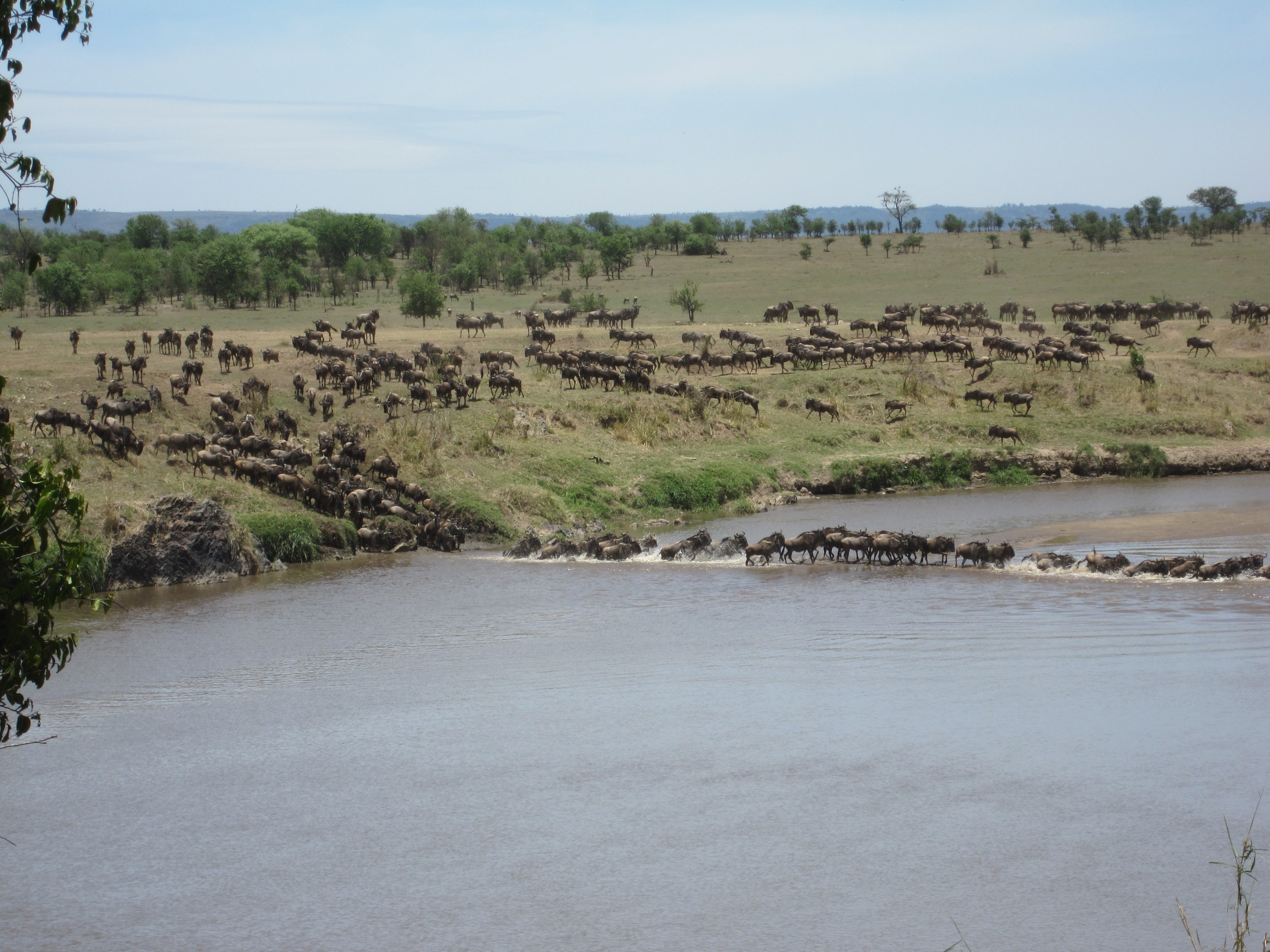 I immediately regret not packing my DSLR camera and zoom lens. My P&S ends up doing a fair job, but seeing all of the other people on safari with all of their gear made me a bit envious.

One of the interesting things was how cooperative other guides were. Every guide was equipped with a radio and tuned to the same frequency to share tips and sightings. This made sure that tourists with any company had an opportunity to see the same exciting sights. It also meant that there were usually large groups of SUVs forming near anything interesting. 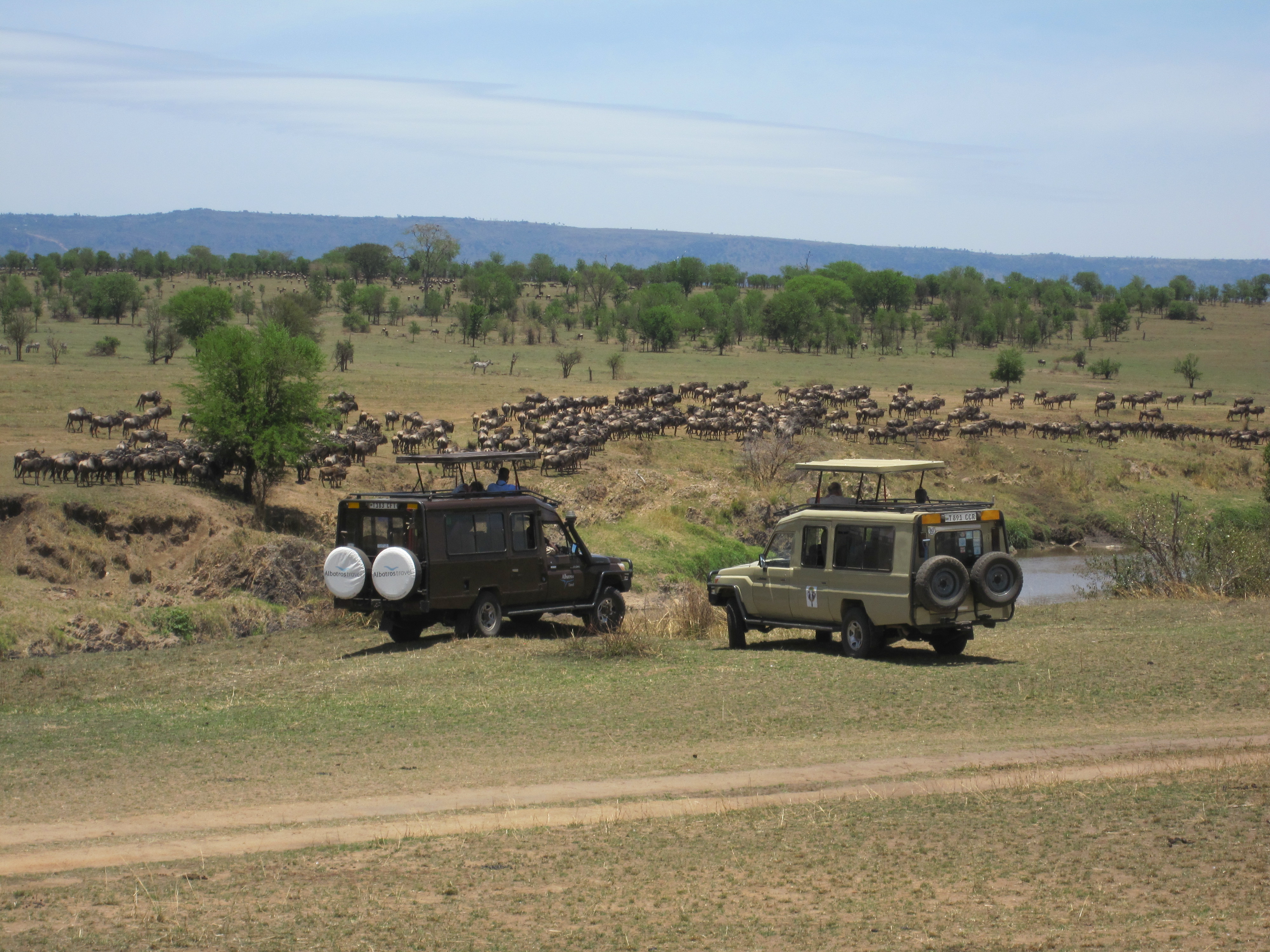 We arrive at Kuria Hills Lodge mid-afternoon and were welcomed with drinks and a presentation of the lodge rules. Rules like, you are not allowed to walk outside after sundown without an armed guard or you’ll get mauled by a lion. Our “room” was actually a private canvas tent. Despite in being a tent, it was probably the nicest room we’ve ever stayed in. The camp was really exclusive, boasting only 15 tents, total. And when we arrived at the dinner tent that evening saw only two tables set: one for us, and one for a family of 5 Americans. We were one of two guests for the entire stay, meaning we had extremely attentive service for the duration - including a private butler: James the donkey. 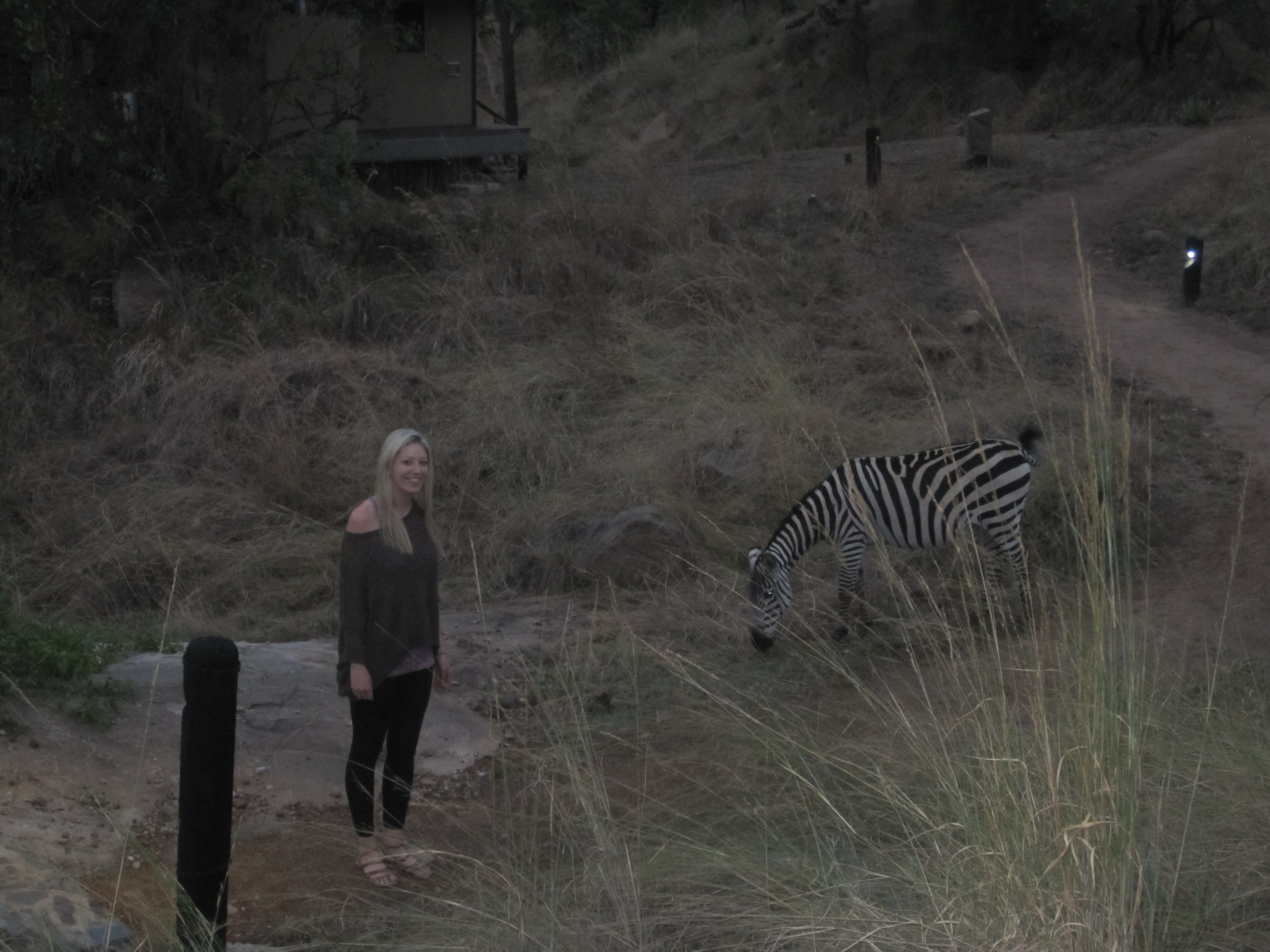 Following dinner that night, we were walking back to the room accompanied by a small man with a machete (hardly any assurance against a lion) and a flashlight. As he swept the path to make sure there weren’t any surprises, we saw a pair of eyes reflect back at us. Mrs clenches my arm and our guard ushers us the rest of the way to the tent. Turns out, it was a water buffalo. Nothing to laugh at, as they can weigh upwards of 1000-pounds, but they’re no lion. On edge, we find it hard to fall asleep. Just when I think we’re starting to drift off, we hear baboons running back and forth across the roof of our tent. 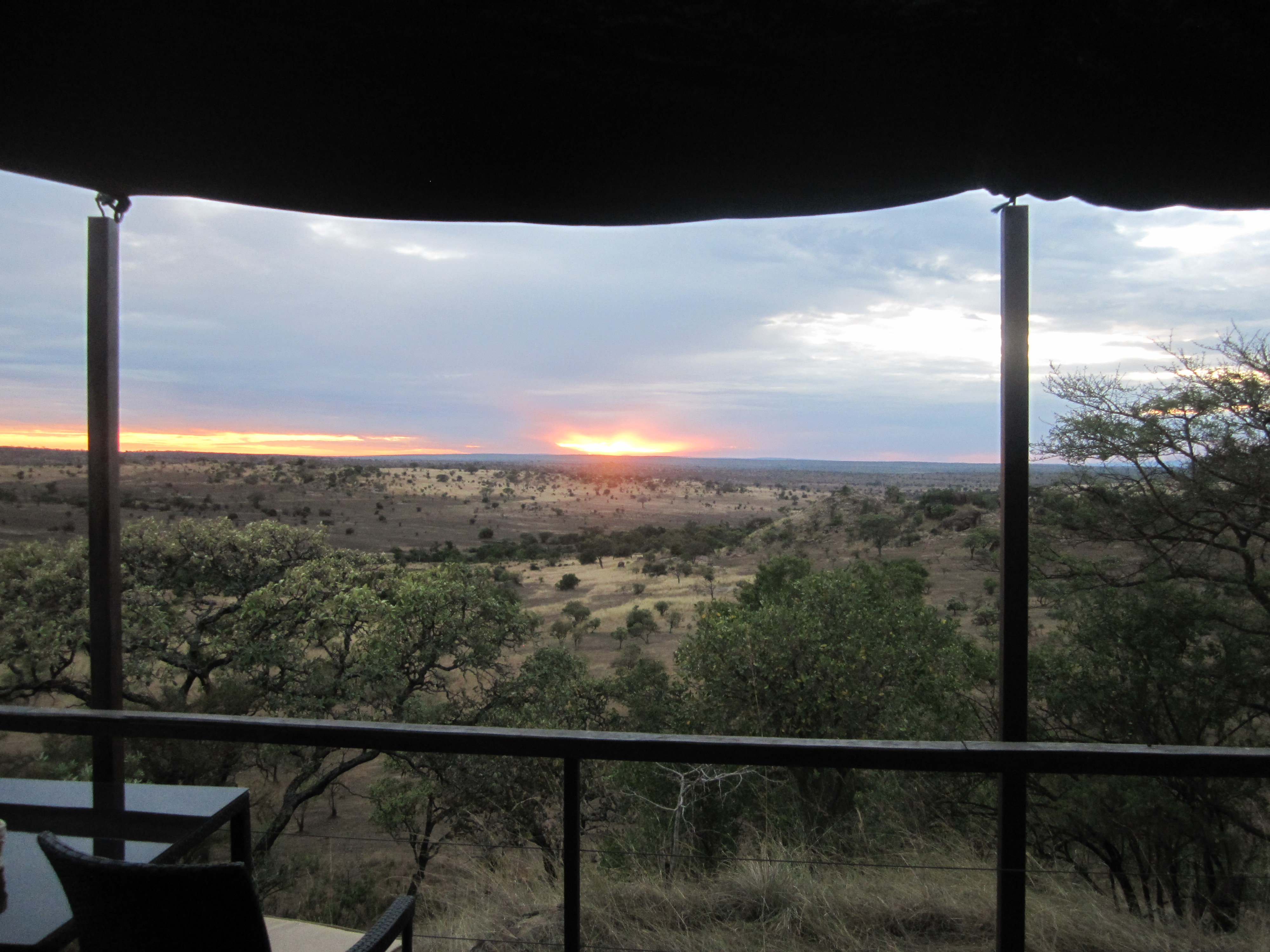 The next morning, as we leave our tent, we find ourselves trapped by the most vicious of all Serengeti animals: the eland. We head out for 5-ish hours of game drive. We see water buffalo (not so scary in the light), antelope, impala, baboons, warthogs, gazelle, and an ostrich right away. 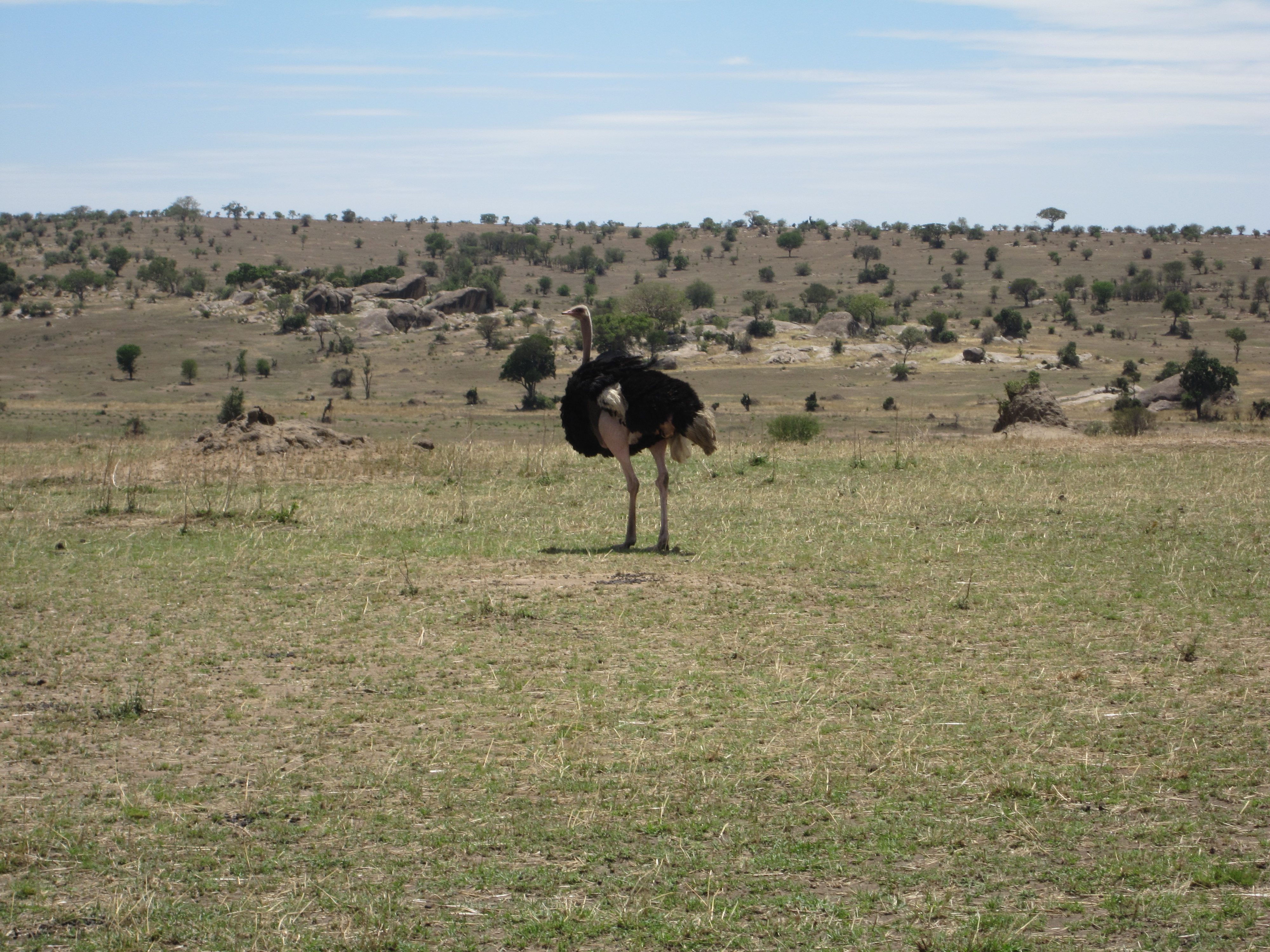 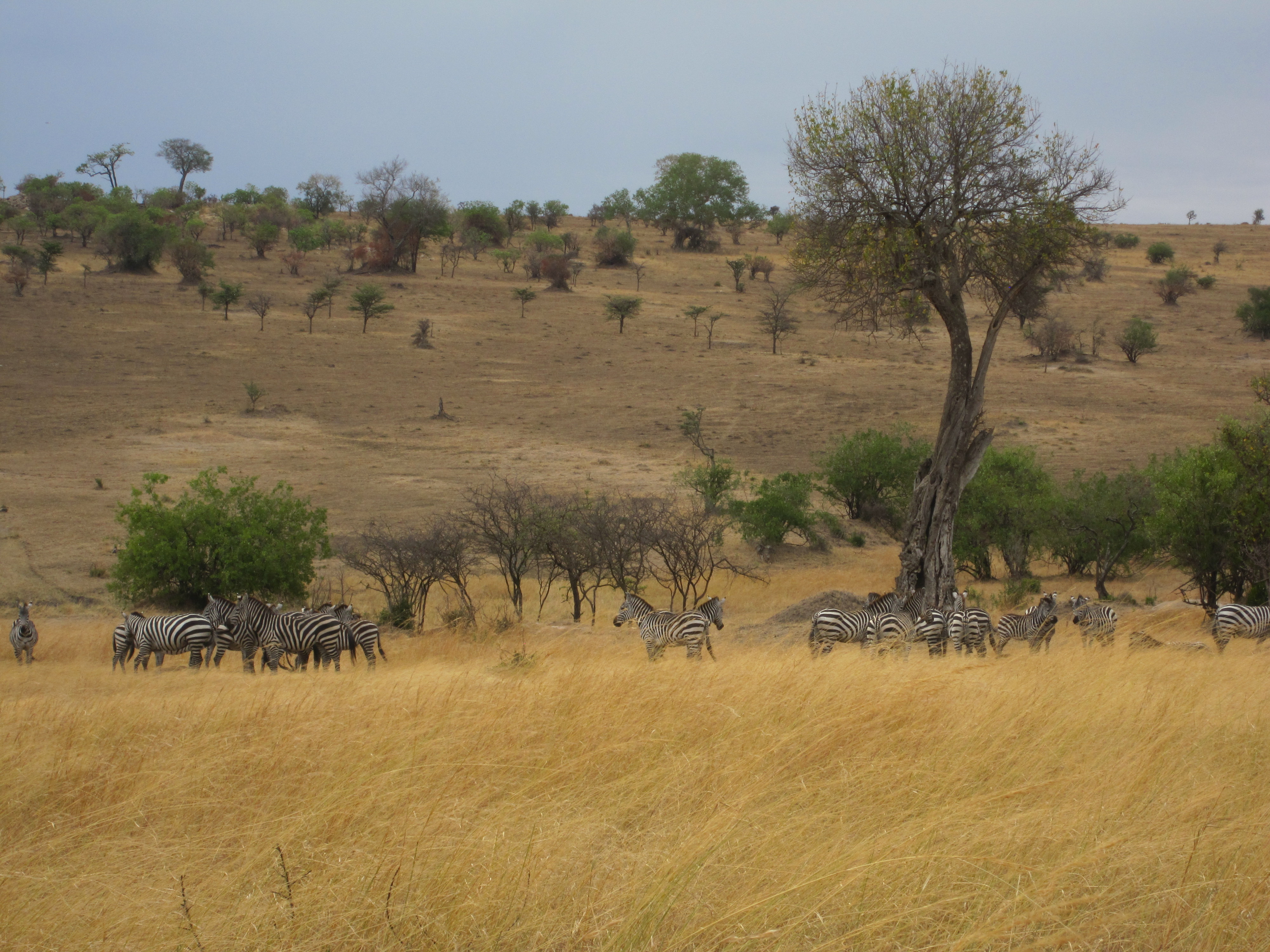 At one point, we heard a tip that there might be some lions chilling by these rocks. So we drove over and around the large, house- and car-sized rocks a number of times and didn’t see anything. As we were driving away, another SUV pulls up to one of the rock outcroppings and its riders stick their heads and cameras out of the top to take pictures. We immediately turn around and head back. When we get there, we see two lions not 20 feet from where we just were. 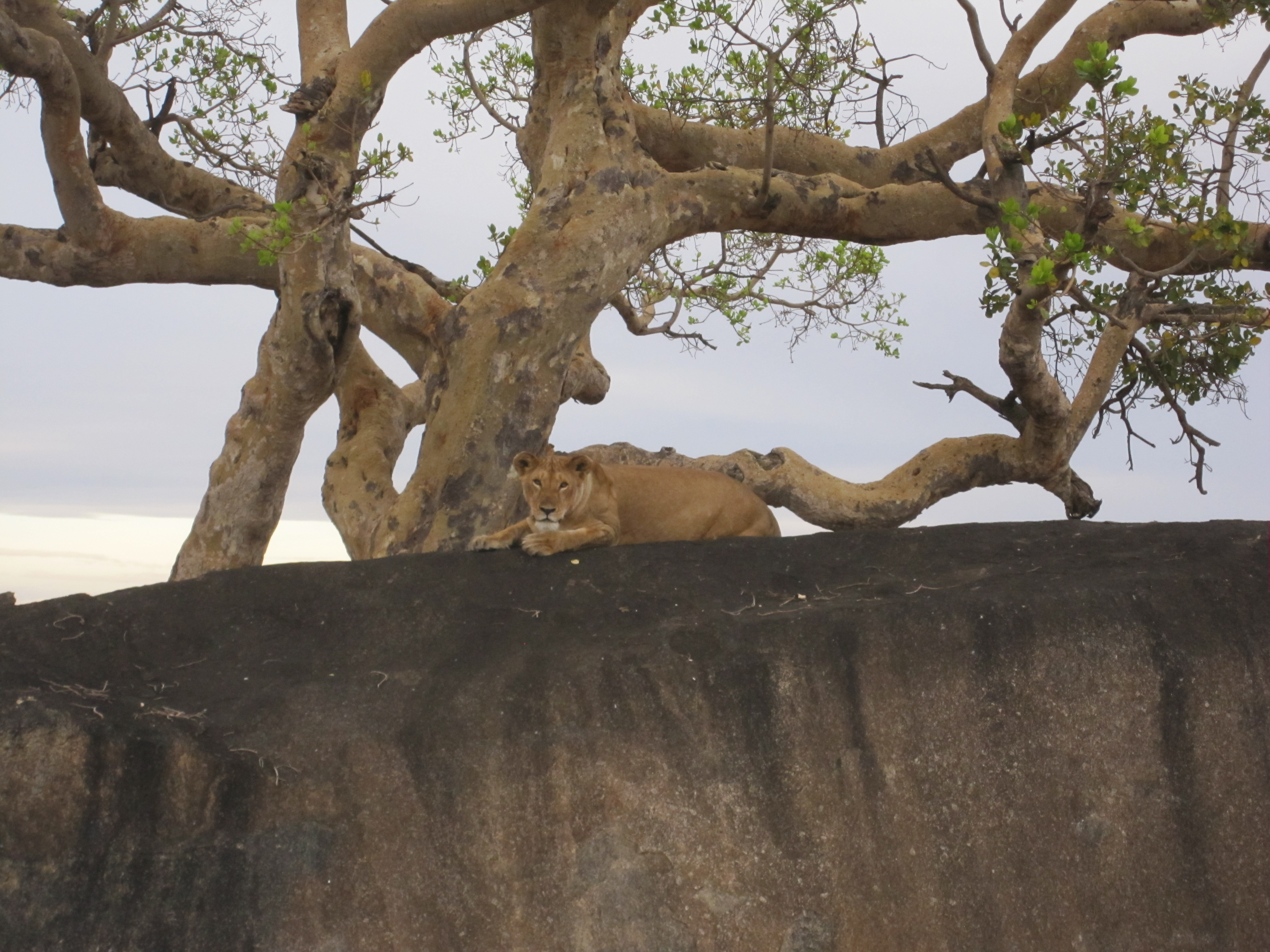 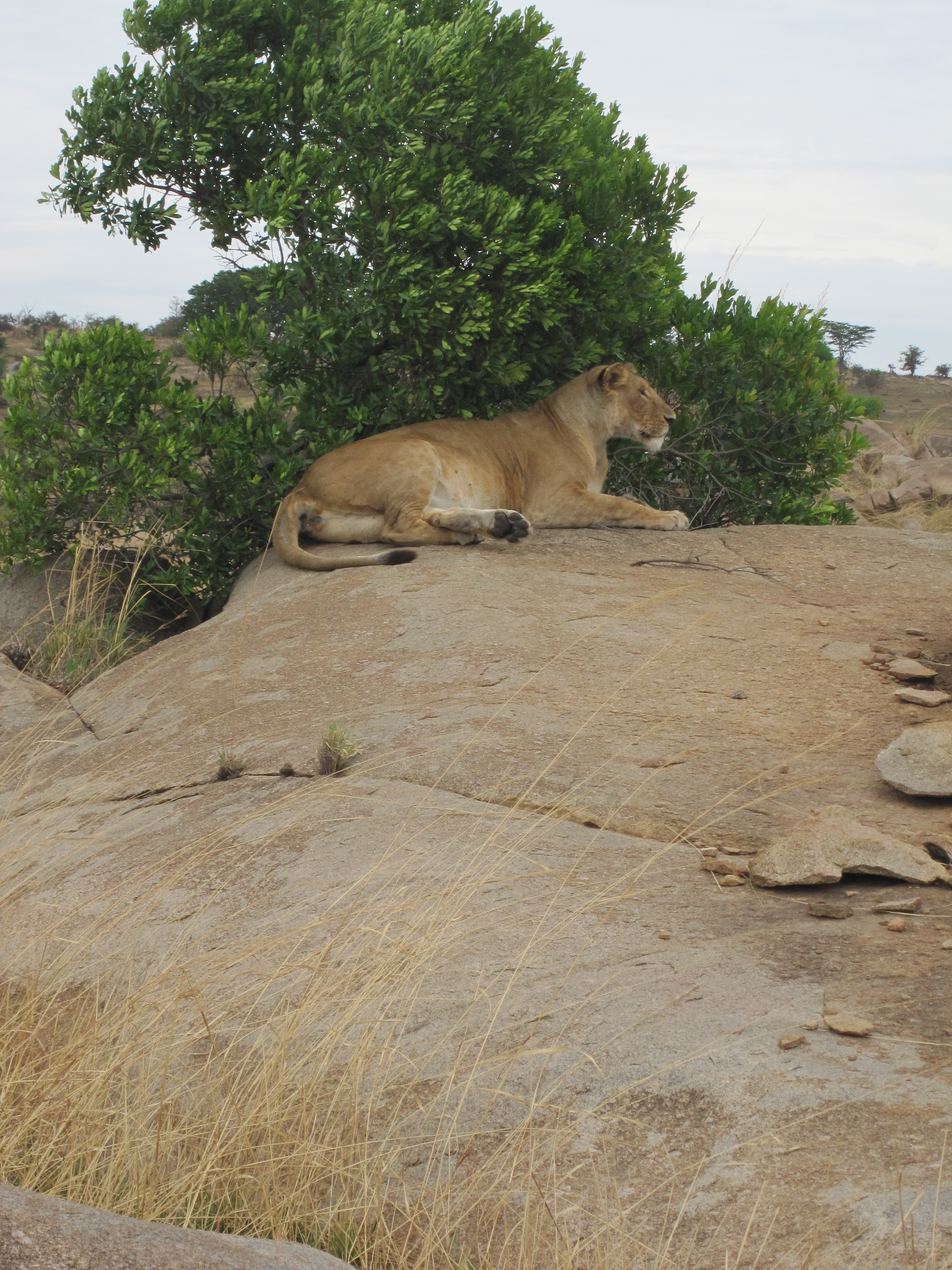 This time around we got up-close and personal with one of the lions. Close enough that the lion could easily jump from the rock onto the car if it wanted. 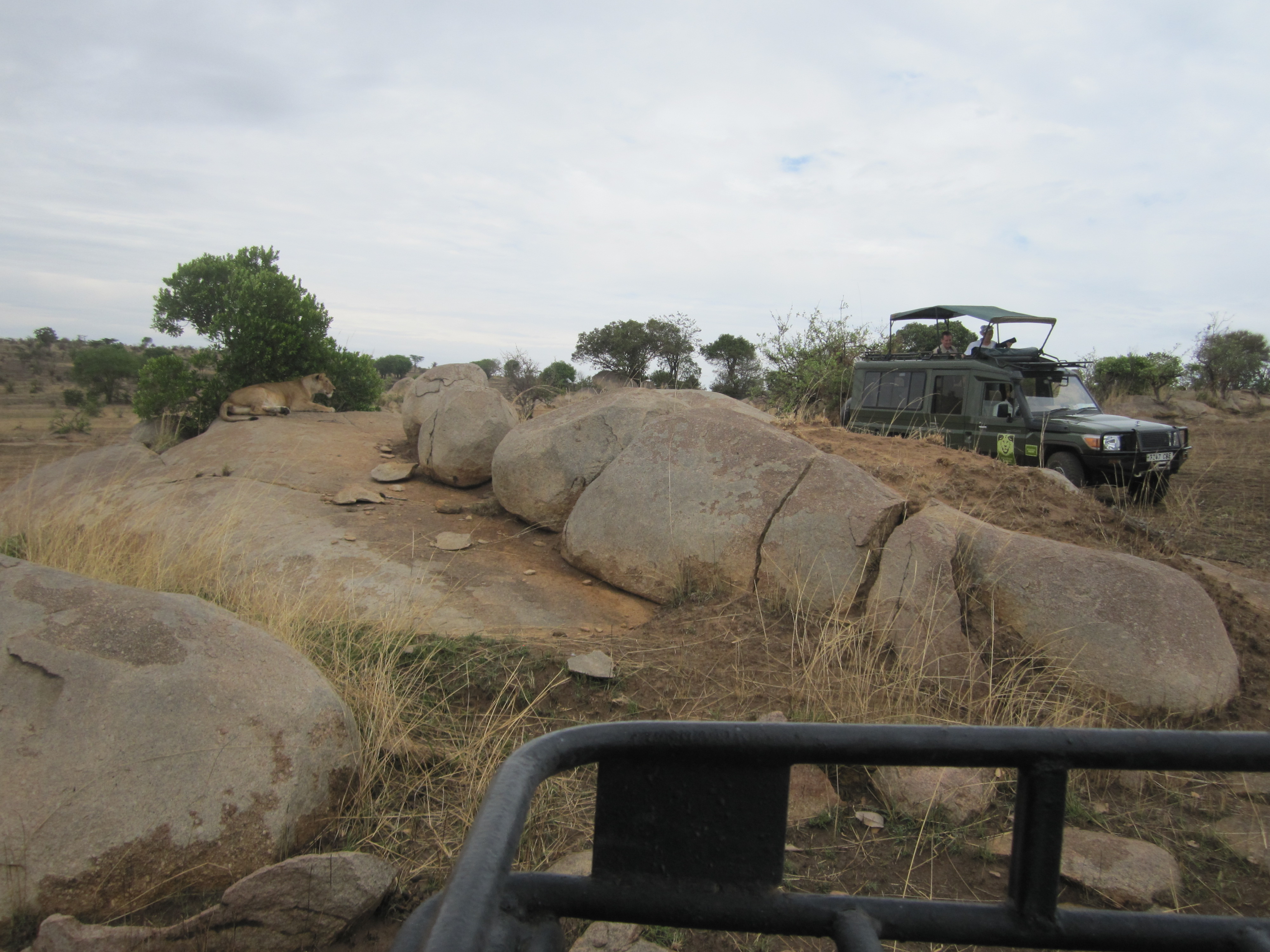 At this point, Jonas gets out of the car while we’re peeking out the top so that he can take a picture. Mrs does not approve. Especially when the lion decides to get up and take a stroll. 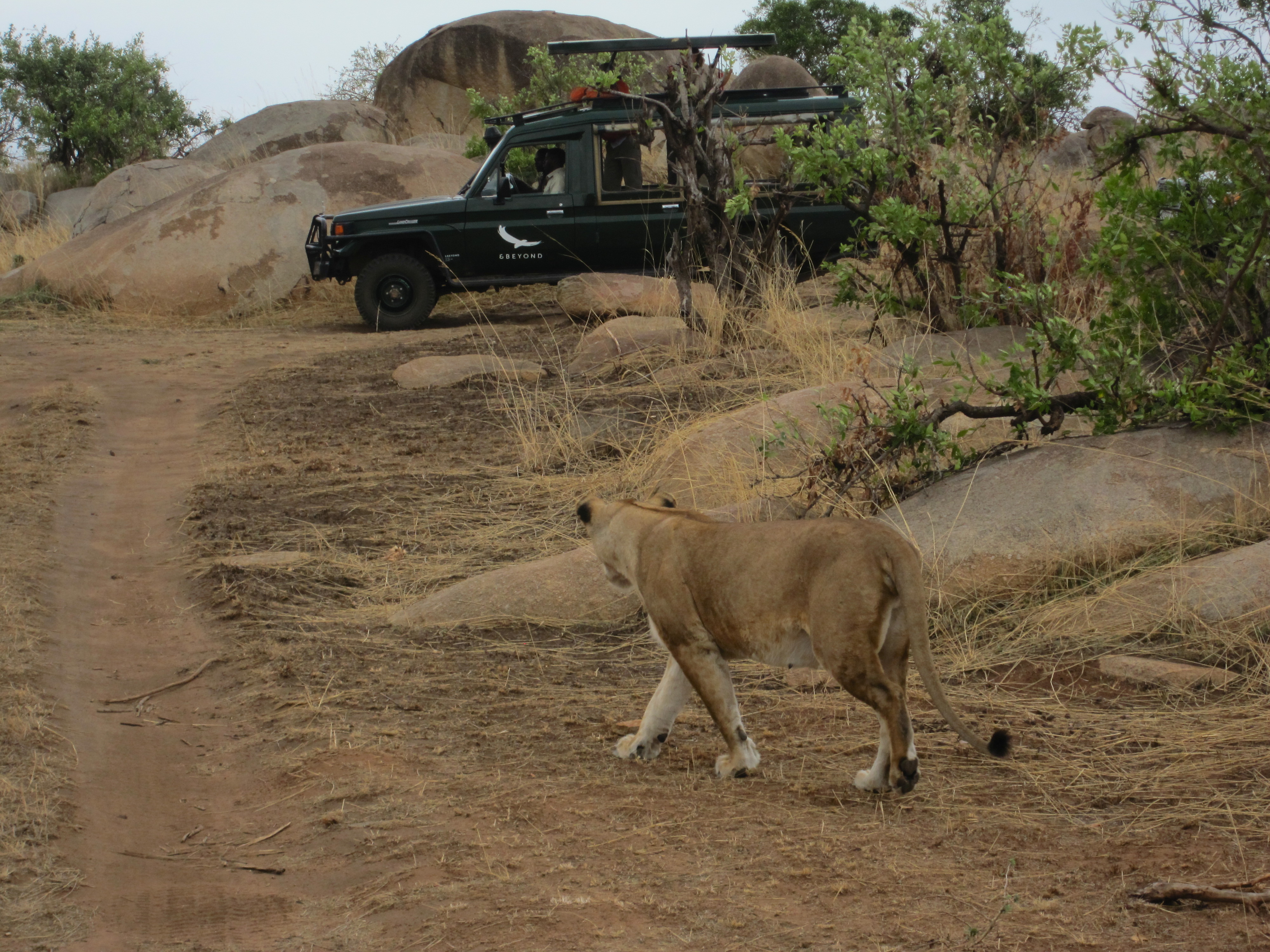 Jonas hops back in the car, and we set off to see a parade of elephants (from afar), a cheetah with her cubs, and a jaguar (with a recent kill pulled up in the tree with it). 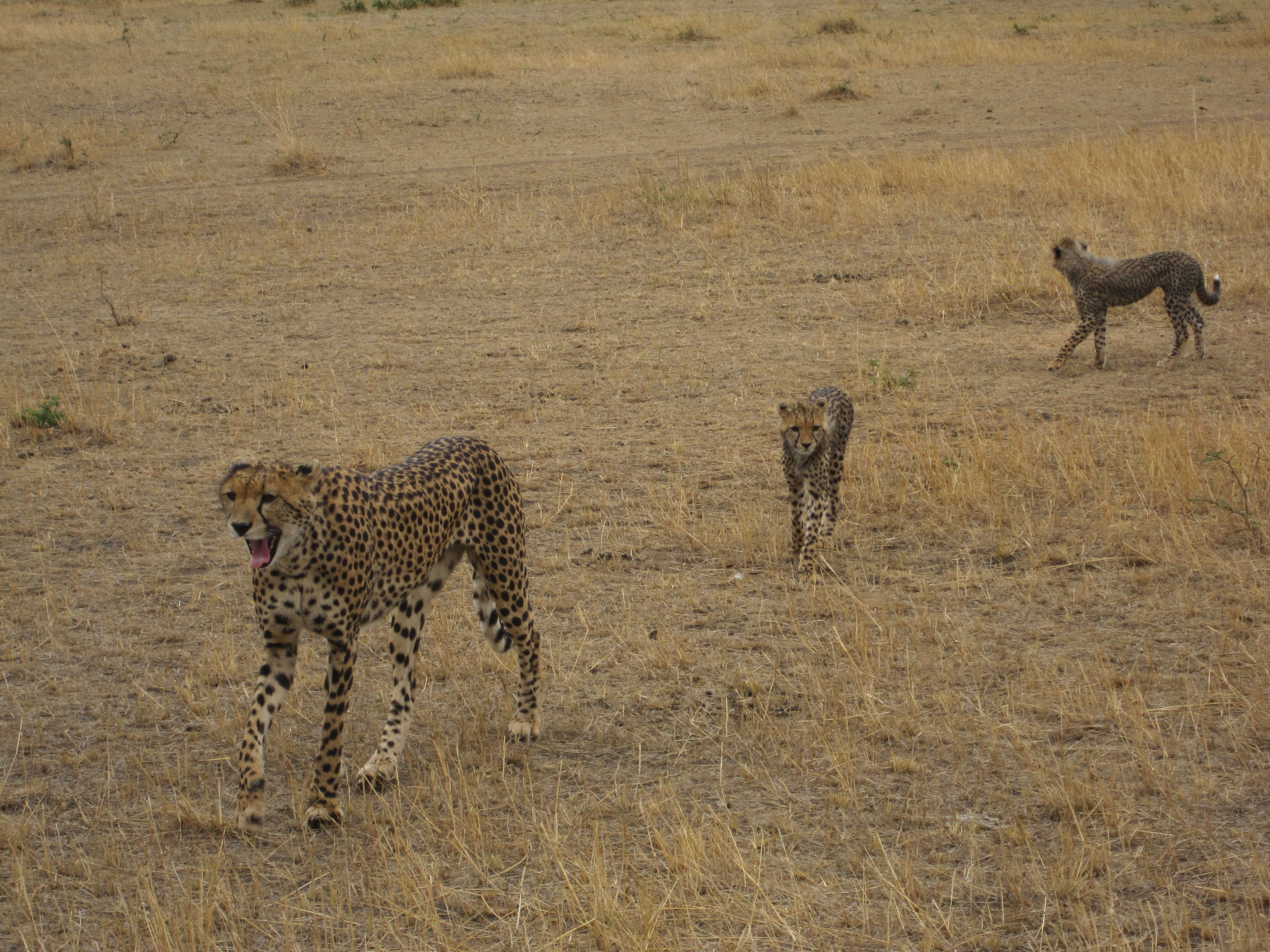 We head down to a river to view some hippos and grab lunch. As Jonas is telling us about this tip, I’m able to confirm that I wasn’t hearing things the previous day. He was definitely saying “hip hops” and I was definitely giggling every time he did. As he’s explaining this, we come around a row of trees and and see three giraffes standing next to the side of the road, eating from a nearby tree top. Jonas explains, as he’s done so well for every animal and plant we’ve seen, that giraffes can only eat from any tree for a few minutes because the tree has a defense mechanism that makes the leaves bitter. 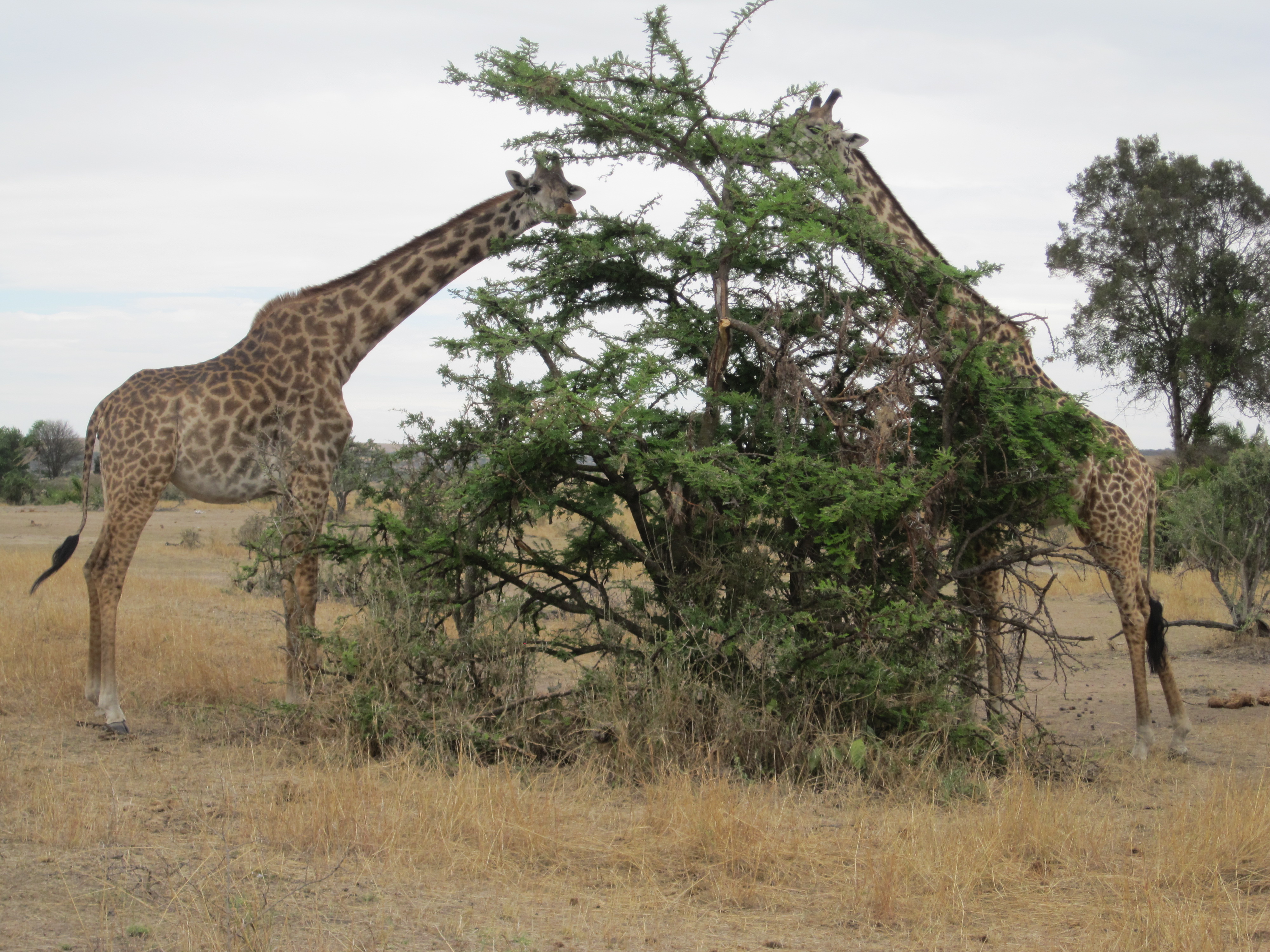 We finally make it to the river, and the first hippo we saw was a loner. He was almost indistinguishable from a wet rock until his head broke the surface of the water. Jones explains, again, that the loner is probably a male who’s been out-alpha-ed by another male. Sure enough, just down the river we see a large pod/dale/bloat (all valid words for “group of hippos”!) including calves as young as a few days old. 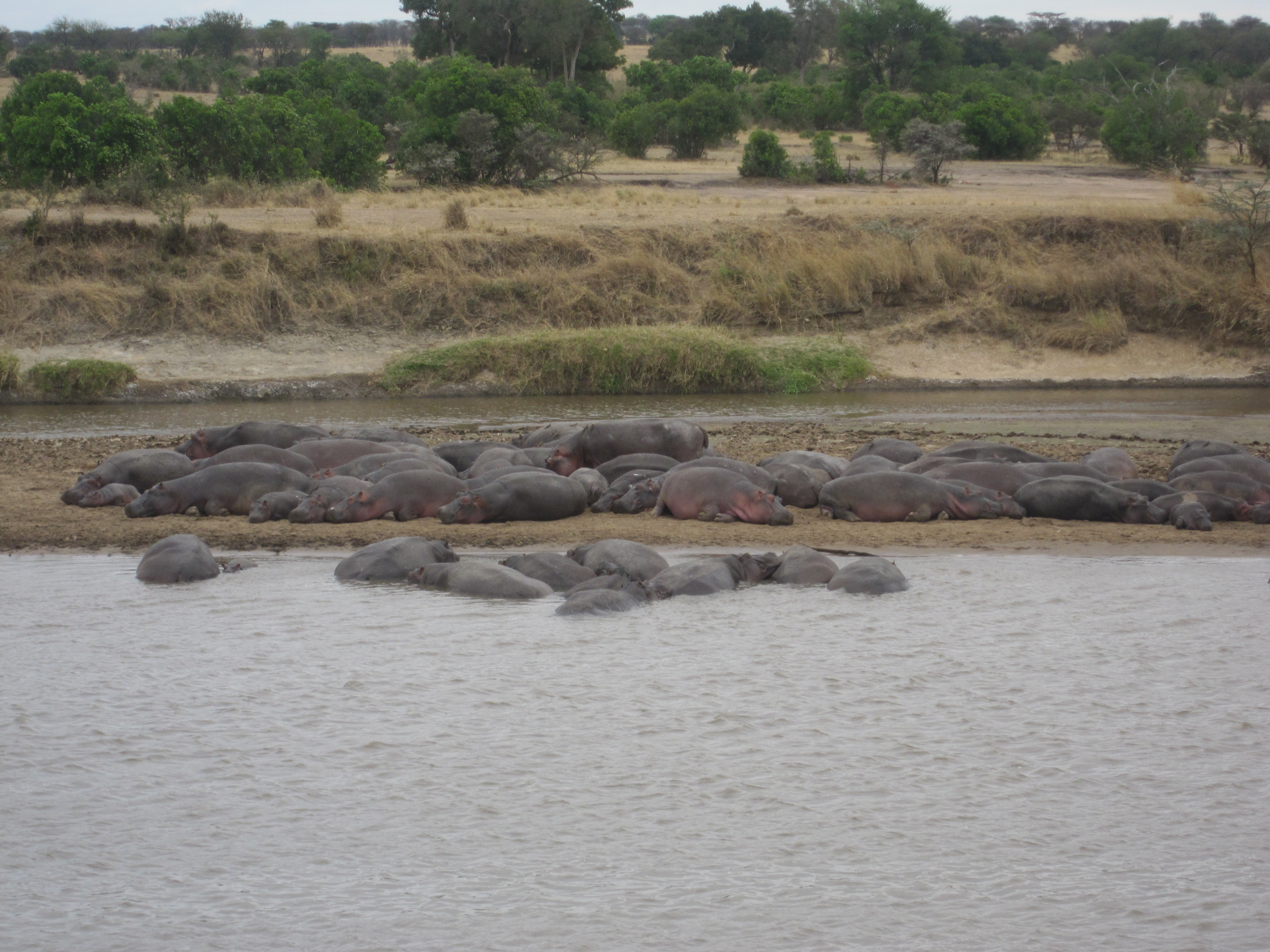 We eat the lunch our resort packed for us out of the SUV by the river. After lunch, we drive for a bit longer hoping to catch the last of the Big Five, the rhinoceros, but have no such luck. Another restless night listening baboons overhead and we bring our safari to a close the next morning. Thanks to Jonas for being such a great guide! 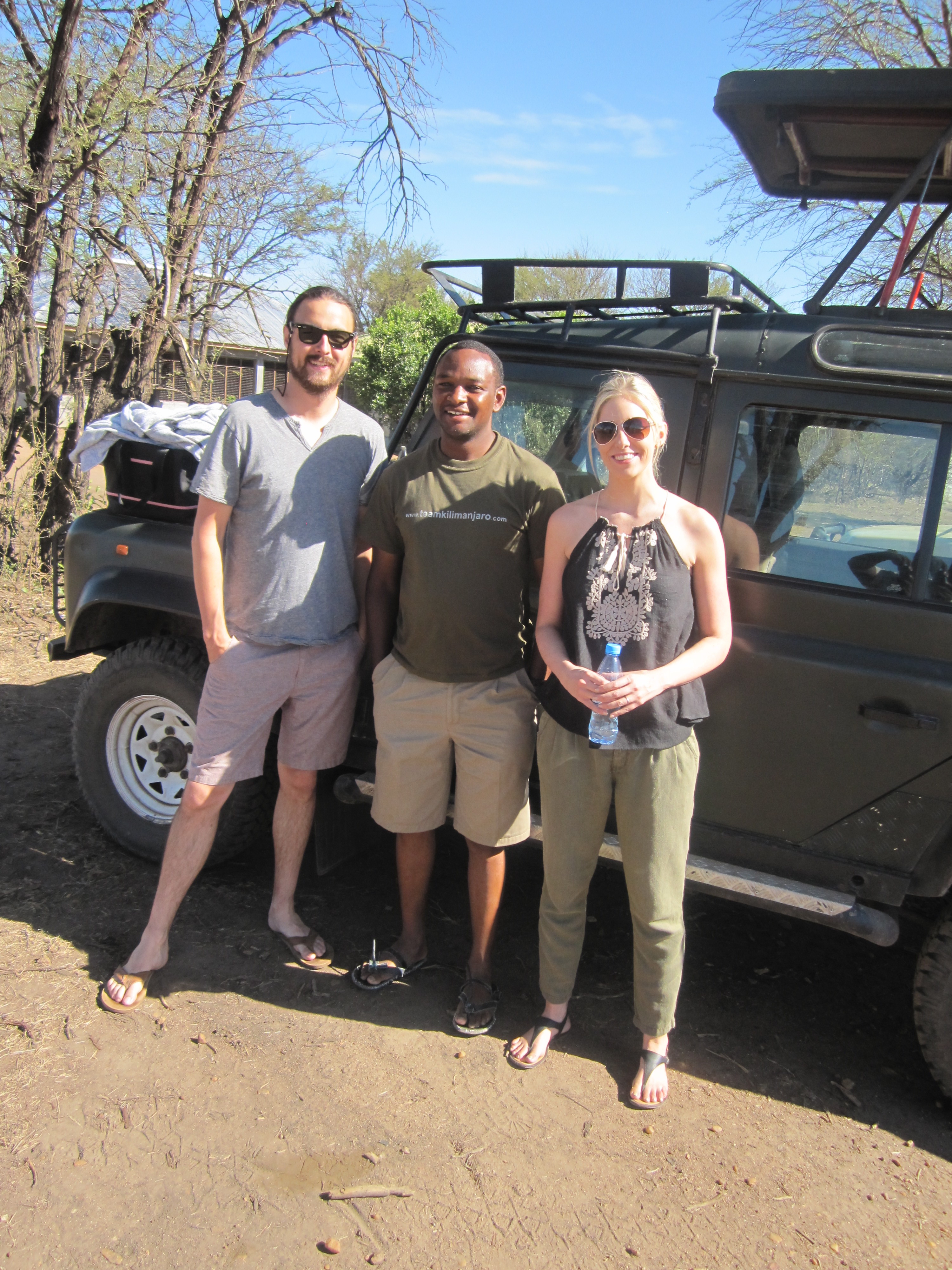 We’re off to Pemba Island to relax!